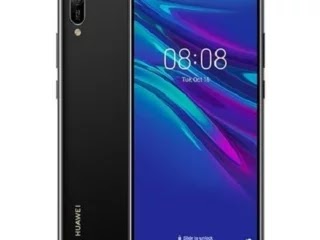 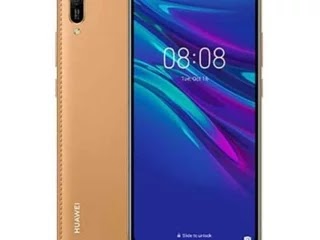 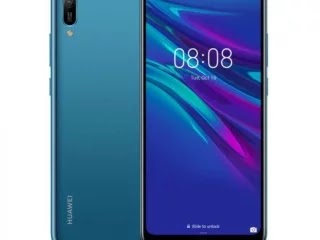 The Huawei Enjoy 9e is an upcoming smartphone scheduled to launch on March 25 alongside the Enjoy 9S and the MediaPad M5 Youth Edition 2019. A few days ago, Huawei released a teaser poster that revealed some of the phone’s specs and partial design, more specs have leaked along with official renders.
The Huawei Enjoy 9e will come with a 6.08-inch HD+ display with a Dewdrop notch and a slightly thick lower bezel. The official renders reveal it will come in three colors – Sapphire Blue, Midnight Black, and a brown leatherback variant similar to the Huawei Y6 Pro (2019). Actually, both the Enjoy 9e and Y6 Pro (2019) share a near-identical design and even some specs.

The phone is powered by MediaTek’s 12nm Helio P35 SoC which debuted on the Xiaomi Mi Play. The chipset is paired with 3GB of RAM and 32GB/64GB of storage which can be expanded to up to 512GB via a MicroSD card slot. It has a 13MP f/1.8 rear camera and an 8MP f/2.0 front-facing camera.
READ MORE: Huawei P30 series smartphones to come with support for 3D modeling
The Enjoy 9e will have a 3,020mAh battery. Just like the Y6 Pro (2019), it doesn’t have a fingerprint scanner. There is no mention of the OS but we expect it to run EMUI 9.0 based on Android 9 Pie out of the box.
at April 07, 2019